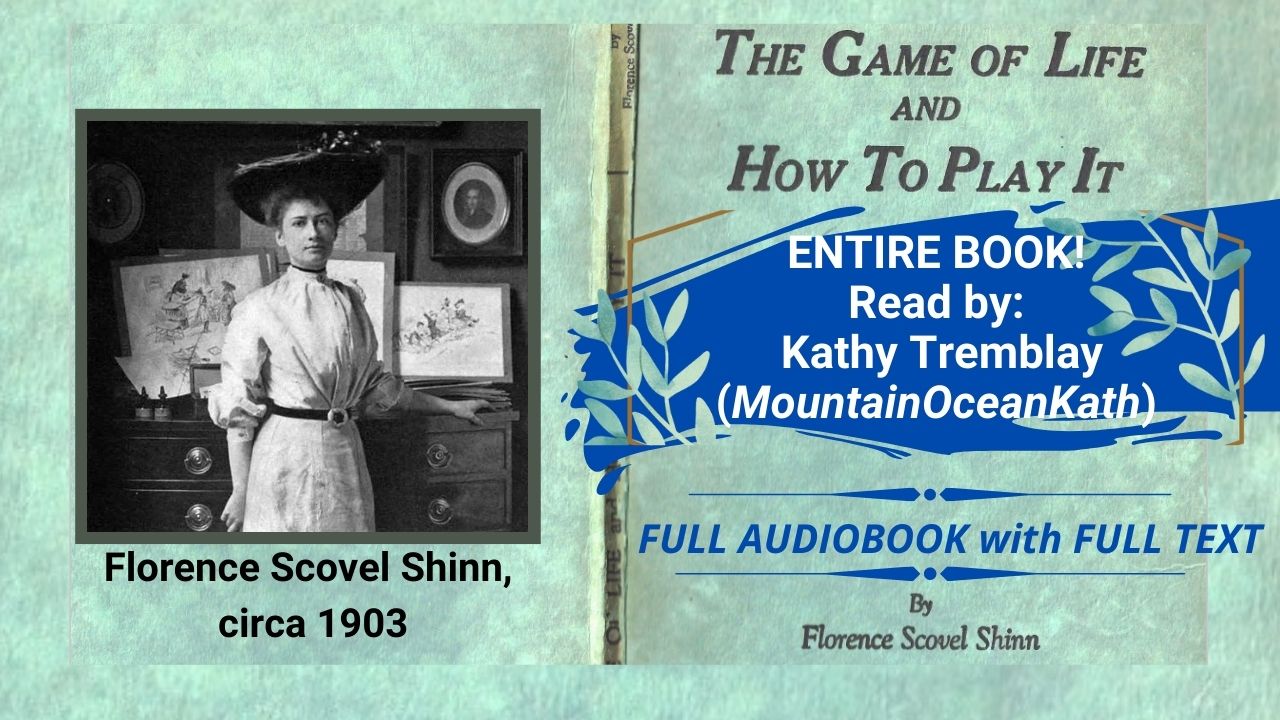 Florence Scovel Shinn: The Game of Life and How To Play It Audiobook!

Hi everyone! As I mentioned in an earlier post, I was going to begin reading aloud a bit more on my YouTube channel, and since then, I’ve completed a few more books.

In this particular post, I want to talk about “The Game of Life and How to Play It,” a book by Florence Scovel Shinn, an early New Thought writer who actually had begun her career as a book illustrator. If you read my post about my reading of her later book, “The Power of the Spoken Word“ you may recall that I read the book and divided it into 9 separate videos – 1 per chapter.

After I completed that project, my good friend Martin (who has contributed here at Casedge.com on occasion) kept mentioning that he would REALLY like it if I would read “The Game of Life and How to Play It” – also by Florence Scovel Shinn.

He mentioned it so frequently that a couple of months ago, I finally dug in my heels and did it.

I didn’t realize it until I had begun searching for the book, but “The Game of Life and How to Play It” was Florence’s first book, originally published in 1925. As I read the book through for the first time, I was astonished at how many “ah ha” moments I had. Although I am not a newcomer to New Thought writings, I was struck by how intuitive and wise Florence was.

In fact, as I began narrating the book, I had to stop frequently so that I could take notes on some of the points that stood out in each chapter.

As a result (and also by request) I’ll be creating additional videos containing affirmations based on Florence’s work. Indeed, I’ve already created a few! I’ll include those in a future post, but you can already see what I’ve got put together in this playlist.

As was the case with The Power of the Spoken Word, I initially split the book into 1 video per chapter. In this case, there were 10 chapters, so 10 separate videos.

One thing kept bugging me though, and that was whether or not I might be losing listeners by only reading one chapter at a time. So this time, although there are still 10 separate videos, I also created a long-playing video wherein I read the entire book in one video. This means that someone can listen to the whole book in a single sitting if they so choose. It runs just over 2 hours, so it isn’t an unrealistic idea that a few people might enjoy it. I’ll include that video here in this post!

With that said, I also created a play list for the 10 separate chapters here.

Listen to “The Game of Life and How to Play It“

I have to say that I truly do enjoy reading these books! I hope you enjoy hearing them!