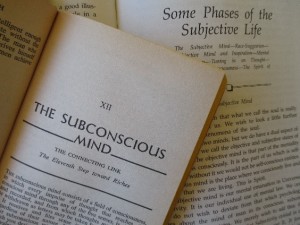 I am going to devote a considerable amount of space on this site to the “subconscious” or “subconscious mind” (also called the “subjective mind”). This article will serve as merely an introduction.

This is huge, folks. Coming to understand the subconscious mind is something that was a turning point in my understanding of so many things – whether we’re talking about the Law of Attraction, creative visualization, creating our own reality, or anything.

As my understanding about the subconscious (subjective) mind began to grow, I began to understand the terrific power of thought, and why it is so very, very important to control our thoughts (versus allowing our thoughts to control us).

I would have to say that truly understanding the subconscious, as well as subconscious versus conscious, and how to actually work with these two concepts is probably THE most important thing in life. It certainly has proven to be the case in my own life.

Obviously, I cannot speak for you, but I truly believe that if I can help you to understand what I have come to understand, then I really believe that whatever tools you choose to use in your own self-improvement adventures will be far more effective.

My request to you at this point is simple: Please keep an open mind as I attempt to explain how I have come to understand the subconscious mind.

Also, one important disclaimer: I’m not a psychologist or any kind of doctor whatsoever, and I don’t play one on TV. I have no intention of ever playing one on TV in the future, either. I am merely presenting my own understanding as I have learned it from the following sources; specifically Dr. Ernest Holmes (The Science of Mind), Dr. Joseph Murphy (The Power of Your Subconscious Mind), and, to a lesser degree Napoleon Hill (Think and Grow Rich), Charles F. Haanel (The Master Key System), and several other teachers.

I’ll try not to be too “groovy” or too spiritual – but understand that I’m fairly spiritually minded by nature, so throughout my various articles here and later you will probably see a few references to “God” and “Spirit” and “Divine Conscious” type of thing.

So, let’s get started.

Ok. We “think” with our Conscious (Objective) Mind – you know, those thoughts behind our words that are processed through the organ known as the brain.

The interesting thing about thoughts is that once we think them, they are received by our Subconscious (Subjective) Mind.

Now, one might think, after reading this: “So, we have TWO minds??”

No. We do NOT have two minds – we just have various aspects of our mind.

So, what is the objective mind? In Ernest Holmes’ The Science of Mind, he says that “The objective mind is that part of the mentality which functions consciously. It is the part of us which is self-knowing, and without it we would not be self-conscious entities…” (Holmes, 347)

Simply put, the objective, or conscious part of our mind is the part that observes, reports, decides, acts, analyzes, etc. 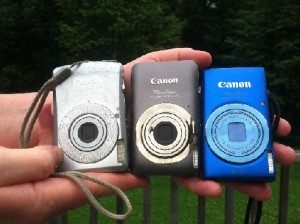 So, for example, when I look at a camera and think to myself, “That’s a nice camera; I think I’d like to have a camera just like that one!” I am using my objective mind.

Using the example of the camera, if I’m feeling really strongly about wanting that camera, the message my subconscious mind might receive is, “start working on getting a camera just like this one.” I know, that is very simplistic! If things really were that simple (or that weird), there would be all sorts of pandemonium and chaos in the world with “stuff” popping up everywhere at the whim of every thought. (Not that there isn’t enough of that already! :))

So, the subconscious is kind of like the “growing medium” that the “thought seed” lands in before it can create anything.

And, the subconscious, as mentioned, doesn’t question, judge, or analyze what it is given. It is a rather “submissive” partner in that regard; however, it is equally important to the conscious mind. There cannot be one without the other. Two parts of one whole.

What would be the point of conscious mind and thought if there were to be nothing as a result of thinking?

And, what would be the point of a subconscious growing medium if there was nothing to plant?

Think of a gardener, the garden, and a seed.

When I was first trying to wrap my brain around these concepts, I think that this particular example helped me understand the nature and relationship of conscious and subconscious mind the best.

I absolutely love garden-fresh tomatoes. So, each summer, my husband and I (well, uh… mostly my husband) plant a garden with lots of tomatoes. Now, we need a couple of things before we are going to see any tomatoes.

First, we need the seed (this might be “the idea” we have). AND, we need something into which we can place the seed so it will grow. In this case it’s the garden bed, or a pile of dirt – it doesn’t much matter whether it’s a bucket filled with soil or soil in the garden, or in some other growing mix. The fact is, we need to put the seed SOMEWHERE.

Doesn’t that make perfect sense? You wouldn’t even think twice – because you know this to be true. A seed, in order to grow, needs to be placed into a growing medium. Otherwise it just won’t grow no matter how much I look at those tomato seeds in my hand and say, “GROW! Darn you… GROW!” 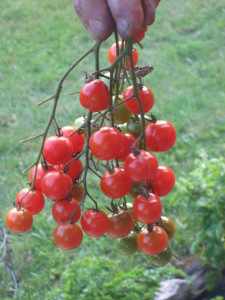 Nature works her magic on the seed she has been given, and in time, if tended properly, we’ll be eating so many fresh tomatoes come August that we’ll have to give some away.

So, the gardener is you. The seed is your idea in your conscious mind. The ground is your subconscious mind where your seed, carefully and properly tended, will at some point manifest in whatever it is you planted.

Did you notice that I emphasized “carefully and properly tended?”

There’s a reason for that. In my illustration about the tomato seed, what do you suppose might happen if once I planted the seed, and watered it, I came out the next day to dig it up to see if it had germinated yet?

What if I held the seed in my hand and thought to myself… “Hmmm. It hasn’t germinated yet. Maybe I’ve made a huge mistake trying to grow tomatoes. Maybe I should throw this seed away and try again. Maybe I should think about whether I really want tomatoes. What if I should plant green beans instead?”

I know this sounds utterly ridiculous, but it’s an example of NOT properly tending our seed plot, isn’t it?

Of course you and I aren’t going to dig up our seeds. We’re going to water them, keep the weeds from choking off the young roots once the plant begins to grow. We’ll cover them if a frost threatens.

Why don’t we dig up the seeds or question whether or not they’ll grow? Because we trust in the laws of Nature. We’ve learned from a very young age that we put seeds in the ground, and then plants grow.

We don’t question it. We have unshakeable faith that this is how things work. Our parents knew it, and their parents before them knew it, and it’s taught in all the schools.

So, before I end this article, you may be wondering why don’t we just “know” this about the workings of our own mind? Our own thoughts?

Here’s the way I see it: I believe that there have always been people throughout the ages who have known this. Just speak with anyone who is familiar with Eastern thought.

However, for many of us in the west (myself included), our parents weren’t taught this, nor were their parents, or generations of parents before them. In my own family, for example, there was a vague idea that God was “up there” and ready to smite me down if I did something wrong.

Life was more or less centered around thinking in a way that was taught by churches or leaders outside our own heads and hearts. I guess one might say that my life was never as much about encouraging growth and learning to create a life I loved as much as it was to just follow the rules, get a good job, find some guy willing to marry me, and then have some kids – and then teach the whole thing, just like that, to them. And then, God willing, die in your sleep at the ripe old age of whatever.

I do not believe that this is an intentional thing; however, I do believe that somewhere along the line over the course of the many centuries after a man called Jesus walked the earth trying to get the message out to people about how to REALLY live and think, that the message he, and many other wise teachers from the East and many native traditions somehow got lost.

Thankfully today – or at least throughout the last century or so – more and more people have come to find that there is so much more to living than we thought. The day I realized I didn’t have to live my life the way I was expected to was a day of incredible freedom for me.

And learning about and using our mind – all of it – our conscious and subconscious – the way it was intended (my opinion), is making its way more and more into the mainstream. During the 19th century, this entire shift in how one could think and live became known as the New Thought movement (we’ll talk more about that later), and what was once confined to small parlors and discussion groups has become, for more and more people, a new way of life.

I have to tell you; there is no greater feeling than to understand the relationship of my conscious and subconscious mind. The sky is the limit after that.

Listen to this enlightening interview with Dr. Bruce Lipton, who started out as a cell biologist, and who has more recently become well-known as a leader “bridging science and spirit.” He explains the conscious and subconscious mind in depth. Enjoy!