The Law Of Attraction

The world is broken up into people who believe in different religions, perspectives, and ideas, many of which are not compatible. For instance, the law of attraction does not fit with certain theological mindsets, but it could make sense for people who believe in Karma or who believe in the value of positive energy. At the same time proponents feel it is an all encompassing univeral law, like gravity, that existed before even religions did, and does not contradict most of the general doctrines.

Many people get a definite sense that one must exude positive energy to make the law of attraction work for her (or him). They want to find out more about this system for achieving success in several distinct areas of life. Here, we’re just going to go over a few of the basic beliefs. In different articles on the site, we delve a lot more deeply into techniques, logical strategies, and meaningful, purposeful action. (Dang… there’s that word AGAIN!) 🙂 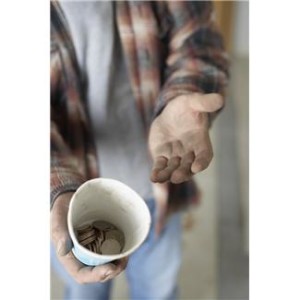 In some beliefs, people with money attract more money. As far as the Law of Attraction is concerned (or LOA, for short), you can start out with nothing but, by using LOA principles, become a prosperous individual according to the nature of your desires.

History is filled with success and “rags to riches” stories. Again, there is a LOT more than mere “wishful thinking” that makes this happen.

Do you wrestle with a disease or condition which stubbornly hangs on in spite of the methods of treatment you have tried? There are numerous claims that the LOA has been known to work on this too. According to believers, we can overcome the symptoms of an ailment or a physical problem which has curtailed your happiness for too long.

In the movie, “The Secret,” Cathy Goodman talks about being healed of breast cancer. Incidentally, she is the wife of Morris Goodman, who also appeared in the film, and recounted his own experience of overcoming paralysis after crashing a plane and breaking his C-1 and C-2 cervical vertebrae.

There is a sense of alarm in most of the mainstream medical community who believe that invoking something like the LOA is going to stop people from seeking conventional medical treatments, and many people debunk it entirely. But, there are people who will debunk just about anything, as you probably already know. (Note: Obviously, at this point I must protect my butt by ensuring you that I am not a doctor and that if you’re not well, you should seek help from a qualified health professional.)

Having said that, there are people for whom better health is their primary focus and motivation.

Some people seem destined to be alone for their whole lives. They want to get married and become parents, but marriage and starting a family are not in the cards for them. Or, they just want a great relationship. Or, they are in a horrific or abusive relationship and see no logical way out.

So, for these people, the motivation for wanting to learn how to use the LOA is to “attract” the right mate, friend, etc.

Some will also want to use it to attract a better or different job.Of course, we can all read the stories or watch the videos about how their lives were or are potentially transformed.

One can see how the three areas mentioned above could influence each other. When, let’s say the “man of the house” struggles financially, he does not convey the image of a responsible bread-winner who will look after his family when children come. Even though responsibility for this is often divided roughly in half, women are still attracted to security.

Sadness can lead to depression and poor health. A negative outlook can magnify other problems, and/or can develop into drug abuse or alcoholism. Obviously, these cause even more problems, not least of all a financial one and health issues as well.

How can you start a relationship if you are an addict who can barely make it through a day, or simply so negative you turn people off? Right away it is clear that if you can get a handle on your outlook, the world will seem like a better place.

We’re getting a wee bit off track here, but you can see how things can spiral seemingly out of control.

So, let’s revisit what a lot of people assume:

Is LOA just about Positive Thinking?

There is a lot more to LOA than thinking positively. In fact, it’s not even really about “positive thinking,” because that is an especially meaningless term. As you’ll see over and over again in this site, you are challenged to put some effort in by creating images of the type of life you want, deep down in the very depths of your soul. They can be in the form of short movies, bulletin boards (aka “Vision Boards”) filled with pictures, and even images cut from magazines (although you’ll also come to understand that the images you choose should be extremely meaningful to you, and should align with your true priorities. They should be posted anywhere you expect to see them a lot of the time.

Many will also spend time in prayer or meditation. During this time, they will focus on the future as though it is a present fact, not just an idea. They shut the world out, let go of self-doubt, and feel the overwhelming happiness of being husbands, wives, parents, or successful business people through visualizations. They feel their bodies letting go of illness in their mind, and many claim that this manifested into their physical reality.

It is called the Law of Attraction because it is said that people “attract” a new, ideal reality. Many teachers say things such as “like attracts like,” to describe it. They say that we are magnets, and attract our reality based on the types of thoughts that we send out, by using the methods listed above and many others.

Numerous well known people have made mentions that they believe in this, and that it has positively influenced their lives and success, and of course, there’s that movie called The Secret, that created all the modern fuss (You can see the first 20 minutes of The Secret, below, if you’ve never seen it.).

Now, I am not a person who can just watch a movie made for the masses and just swallow it down and say, “Yup! That’s all there is to it!” In my view, that’s a huge problem, because (and here again, I’m about to incur the wrath of LOA followers, but stay with me!) the movie does over-simplify things. There is little (if any) mention about making a commitment to your goals, or taking action towards them. I don’t recall any of the teachers featured in the film discussing the conscious versus the subconscious mind, or the workings and relationship of the two.

It is my personal and very strong belief that you can “wish” and “dream” for anything; however, without prioritizing what you want and need, without making an actual commitment to those things, and without a strong emotional belief that you CAN attain these things to begin with, you may find yourself disappointed. Learn how your mind works… Learn how emotions affect your beliefs (and vice-versa)…  Learn how your thoughts affect your outcomes… Take the most pro-active and scientific approach to your life that you can without allowing yourself to be bullied by nay-sayers. Hang around with and interact with like-minded, forward-thinking people who truly want you to succeed. Read spiritually uplifting materials instead of hate-filled, fire and brimstone, or emotionally crushing stuff.

In this website, we make mention of many highly respected books and teachers.

And then learn to use the tools and techniques available to you and start creating the life you were meant to live. It’s not about pop fluff. Forget about that. That’s for lazy people who are looking for some magic wand that doesn’t exist. Get to work and start living!

Here are the first 20 minutes of The Secret: