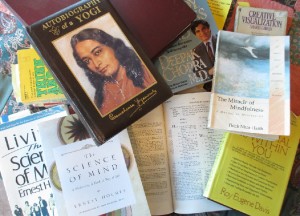 It is important in any self-help website that tackles topics like personal intention, the “Law of Attraction,” creative visualization techniques, prayer, or any other spiritual or self-help tools that the age-old idea of meditation is given the stage. Here are some of my thoughts about the practice.

Meditation has become far more mainstream than it was not many years ago. A simple internet search for “what is meditation” brings up well over 360,000,000 results, and thousands of people search that very term each month.

Still, for many people, the very word “meditation” conjures an image of solitary monks in some Himalayan cave chanting “Om.” For others or an earlier era, the word brings up an image of some hippies from the 60’s or The Beatles getting into “whatever it was those darned long-haired kids were doing.”

(As an aside, if you look very carefully at the cover of the Sargent Pepper’s Lonely Hearts Club Band album, you will see the faces of some Hindu gurus: Mahavatar (“Divine Incarnation”)Babaji, Yogavatar (“Incarnation of Yoga”) Lahiri Mahasaya, Jnanavatar (“Incarnation of Wisdom”) Swami Sri Yukteswar, and Paramahansa Yogandanda. These gurus were included at the request of George Harrison who, upon reading Autobiography of a Yogi, became very interested in the teachings of the book’s author, Paramahansa Yogananda, founder of the Self-Realization Fellowship based in California, and who is widely recognized as the teacher from India  who brought the spiritual practice of yoga – specifically Kriya Yoga – to the West. )

You may recall that – apart from the Sargent Pepper’s reference, above – The Beatles became practitioners of Transcendental Meditation, taught by Maharishi Mahesh Yogi, who also later influenced Deepak Chopra (see below).

So, we’re talking about Transcendental Meditation?

No, not unless we are to discuss the exact meditation technique as taught by the late Maharishi Mahesh Yogi, who developed the method known as “Transcendental Meditation” (or “TM”). This particular technique is concerned with silently – or mentally – repeating a Sanskrit mantra, or sound. According to Deepak Chopra, this practice owes much of its efficacy to the “sound vibrations” that help bring the practitioner’s mind “out of its normal thinking process and into the silence that underlies thought” (Chopra, 163). TM can be learned from a certified TM teacher, who is certified through the Maharishi Foundation. 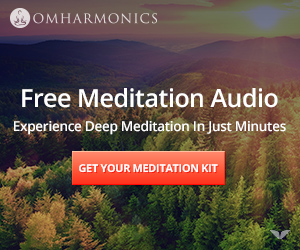 Let us discuss meditation in general.

Meditation does not have to be related to religion, although it oftentimes is (e.g. Psalm 1:2 of the Christian Bible: “But his delight is in the law of the Lord, And in His law he meditates day and night.”).

There are as many “definitions” of meditation as there are people who teach it. Here are a few of my favorite, simple explanations that I have absorbed over the years.

Meditation: As Defined by Some Modern Teachers

Deepak Chopra, who is not only a well-known medical doctor but also became known as a practitioner of Transcendental Meditation in the early 1980’s calls meditation a “tool for the rediscovery of the body’s own inner intelligence” (source: http://www.chopra.com/our-services/meditation ). Dr. Chopra devotes a considerable section of his landmark book Ageless Body, Timeless Mind to illustrating the benefits of this “mind-body technique” for lowering stress and improving one’s health.

Ernest Holmes, in his glossary of The Science of Mind begins by explaining that the generally accepted definition of “meditation” is that it is “contemplation or continuous thought” (Holmes, 609).  However, in the same glossary entry, he continues to expound on its meaning in the Science of Mind philosophy as “the recognition of the Father within, the certainty of our Oneness with the Whole, the immediate availability of the Power and Wisdom resulting from this Oneness” (Ibid).

What Holmes emphasizes in his works is the idea that most of us feel ourselves to be “separate” from God (Spirit, Divine Consciousness, Universe, Force, etc), and that we are actually “one” with God. His teachings center around helping people understand this and apply various techniques to practical life.

Now, in the teachings of Paramahansa Yogananda and the Self-Realization Fellowship he founded in 1920 after he first came to the United States, we find a similar train of thought to Holmes, in that we are one with the Divine.

Paramahansa Yogananda taught that meditation is a “science” that helps practitioners reconnect or reunite their soul with Spirit (or God, or Universal consciousness or however you prefer to refer to it). Indeed, the practice of meditation is central to the teachings of Self-Realization Fellowship, and if you read Autobiography of a Yogi (which, by the way, is one of my all-time favorite books as you may have already guessed), you will not be able to escape the topic!

Extensive lessons on Yogananda’s teachings are available from Self-Realization Fellowship for those with a genuine interest in exploring this path.

Reverend Davis, who was trained by Paramahansa Yogananda in 1949 explains meditation as a “process by which we are able to relax the body, unstress the nervous system, clear the mental field and experience our true nature as pure being” (Davis, 81).

Thich Nhat Hanh, the beloved Vietnamese Zen Buddhist master sub-titles his book, The Miracle of Mindfulness as “A Manual on Meditation.” While Thay Nhat Hanh does not come right out and say, “Ok, folks, meditation is…” he does speak of it as it relates to “mindfulness,” which he states “is the miracle by which we master and restore ourselves…the miracle which can call back in a flash our dispersed mind and restore it to wholeness so that we can live each minute of life” (Nhat Hanh, 14). Under Thay Nhat Hanh’s guidance, one learns to breathe consciously as a means by which to maintain the connectivity between life and consciousness.

Many teachers of meditation like Thich Nhat Hanh, Paramahansa Yogananda, and others use breathing techniques to help the practitioner enter and remain in the quiet mental and emotional state so important to a successful meditation session. 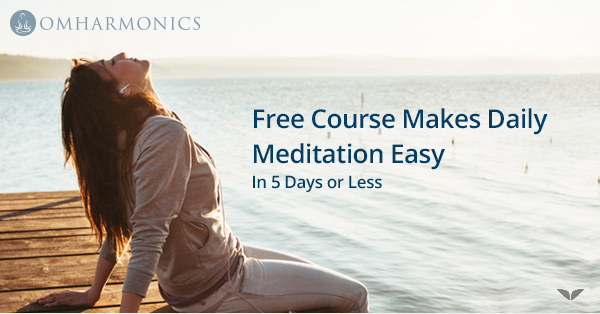 So, while a typical definition may state that meditation is “deep concentration of the mind,” we can now see that there are no black and white, clear-cut statements since the practice is clearly a personal one.

Much depends on the individual practitioner, where he or she learns the technique from (Self-Realization Fellowship? Maharishi Mahesh Yogi? Thich Nhat Hanh? Etc), and for what purpose one is learning or practicing (Health? Mental wellness? Oneness? Inner Peace? Etc).

Let us be content, at this point, to come to the basic understanding that meditation can be a tool for development of one’s consciousness, a means by which to reconnect with That which we may have become separated from in our busy lives here on this planet, a way to calm and focus ourselves so that we can be more satisfied with who we are and how we go about our life, and/or a way to deepen our understanding of the Universe.

How does that sound?

We’ll offer some general tips on how to meditate in another article. For now… Thanks for reading!

It just occurred to me how old this article is! I originally wrote and published this in 2013. Sometimes I forget I’ve had this website for that long!

Anyway, since 2013, I’ve read and learned even more about meditation. For one example, I have since embraced numerous meditation techniques as taught by Dr. Joe Dispenza (whom I hadn’t even heard of yet in 2013) since his explanations and techniques seem to tie together a lot of beliefs and ideas that I have come to understand over the years.

Also, I’ve had a number of pretty amazing experiences – some in just the past year alone – that lead me to believe I am on the right path when it comes to my own journey.

So, what I am hoping to do as I continue writing on this blog is to introduce even more tools that I wasn’t even remotely aware of when I first began writing here in 2013. Thanks for being here!

Davis, Roy Eugene. The Potential Is Within You. Lakemont, GA: CSA Press, 1982. Print.