I just heard a couple inspirational quotes from Steve Harvey and Denzel Washington that have to do with faith and success which I loved. 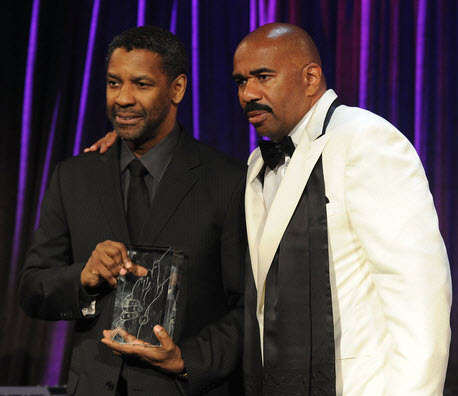 I felt they were a bit similar, and was thinking of a place where I could put them where I could come back and re-read them, and realized that this would make a nice blog post.

Here are the quotes.

Steve Harvey: Your imagination is the evidence of things not seen. When you imagine stuff, it’s God showing you a preview of what He has for you.

Denzel Washington: True desire in the heart, for anything good, is God’s proof to you, sent beforehand, to indicate that it’s yours already.

That itch that you have to be whatever it is you wanna be; that itch, that desire for good, is God’s proof to you sent already, to indicate that it’s yours; you already have it.

I thought these were both rather powerful, and personally want to keep them in mind and return to read them from time to time, and I hope you get something out of them.

These are actual quotes that I heard them say, as opposed to quotes I just found on the internet.

Here is the video where Denzel says his quote, and he goes further into it: