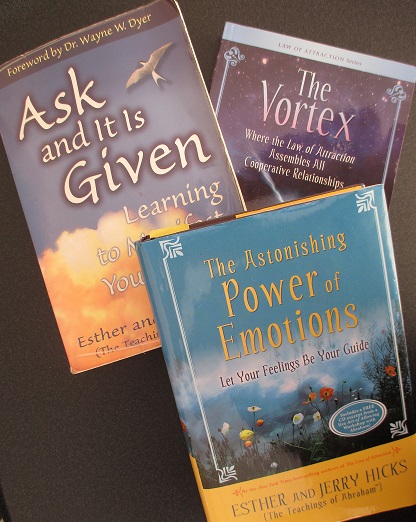 No website discussing the Law of Attraction would be complete without mentioning Abraham Hicks. When the movie The Secret first came out, one of the teachers featured in the film was Esther Hicks, who is the “voice” of Abraham (I explain “who” Abraham is, below).

Inspiration: It is said that the inspiration for the movie was largely based on the work of Abraham Hicks. Esther and Jerry Hicks (who has since passed away) conducted Teachings of Abraham and Law of Attraction programs, and they were interviewed on one of their cruises by Prime Time Productions, Rhonda Byrne’s production company which produced The Secret.

Now, due to certain contractual differences later on, after the film had been out for a while, Esther decided to back out from further participation. And as a result, subsequent versions of the film no longer feathered Esther. Nor do her words appear in the print version of The Secret, which was published in 2006.

So, who, if anyone, replaced Esther Hicks in The Secret?

I happen to have both the original version WITH Esther Hicks, and the one WITHOUT her. I also have the book, The Secret, as well as the Audio Book on CD. So, you might say I’ve got “The Secret” in pretty much every form.

Why did Esther Hicks leave The Secret to begin with?

But, getting back to Esther Hicks and her departure from The Secret… Don’t feel bad for her at all. This was something she decided she needed to do, and in my view, she handled it very gracefully. If you are interested in reading her explanation as to why she left the project, you can read a copy of her letter here.

In short, however, the reason Esther Hicks is no longer involved appears to be due to her discomfort with what she may have felt was overly-aggressive marketing, as well as being given an uncomfortable ultimatum. From what I have been able to glean from what various sources, Rhonda Byrne, who produced The Secret wanted Esther to relinquish certain intellectual property rights “forever.” Esther evidently consulted with Abraham, and the message she received was that being faced with an ultimatum that insisted on “do this or else that will be the case…” type of situation, that it might be best to just “move on.”

Again, I believe that Esther handled this situation very nicely, and never do you see or hear her say anything nasty about Rhonda Byrne. To me, that’s class! So, onward…

Watching The Secret was my first introduction to Esther Hicks and the Teachings of Abraham, and I was instantly intrigued. My first impression was that Esther was “channeling” someone – an angel or some saint or whatever – named “Abraham.”

As it turns out, “Abraham” is NOT a single soul or single entity. Nor does Esther Hicks consider what she does as “channeling,” and definitely does not use that term at all when describing her work with Abraham. Others may use the term, but that is not at all how she see is.

Now, you can easily visit the Abraham Hicks website for the whole story, but since you’re here, I’ll give you the quick version, which I’ve come to understand from the three books I currently have in my Abraham Hicks collection, as well as videos (see the YouTube video below, which will also explain – with a touch of humor, I might add!). The article continues after the video clip.

Abraham Explains Who They Are – Esther & Jerry Hicks

In the very first “Abe” book I found, “Ask and it is Given,” which I discovered in a delightful book store in Daytona Beach, Florida in 2008 or thereabouts, Esther describes her first “meeting” with Abraham – which as it turns out – was a “spiritual guide” that she had been seeking – almost desperately – for about nine months. Abraham came to her during one of her meditations, where she was DETERMINED to find a spiritual guide. 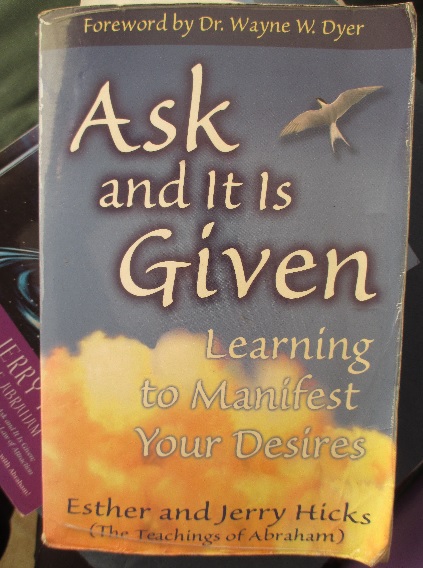 Esther describes them as a “Collective Consciousness” that there are “many there with them, speaking, in a sense of the word, with one voice, or a consensus of thought.” (Hicks. xxvi)

What is Esther’s role with Abraham?

The word I like best when I listen or read Abraham is “interpretation.” Abraham says (I know that I just said that “Abraham” is more of a “they” than a “he” or “she” – but grammatically, it just flows better for me this way)… Anyway, Abraham SAYS  that they aren’t putting words into Esther’s mind for her to repeat; rather, they are offering their “knowing, which she receives vibrationally.” She then seeks to find the right “word equivalent” to get their message out in a way we can hear and understand.

Esther states that “they’re offering blocks of thoughts, like radio signals, which I’m receiving at some unconscious level. I then translate those blocks of thoughts in the physical word equivalent.” (Hicks. xxvii). She goes on to explain that when she is receiving the messages, she’s not even aware of what messages may be forthcoming, nor is there any time for her to process what messages may have already been delivered.

It all reminds me very much of the “Seth materials” from the 1960s, which was “delivered” through the body of Jane Roberts until her death in 1984.

What are the teachings of Abraham, and how do they relate to the Law of Attraction?

Esther Hicks – through the Abraham Hicks website and resources – have been one of the most prolific teachers sharing the Law of Attraction and techniques on how to work with it in recent years.

As you might expect, there are dozens of books, workshops, videos and other materials that been published and available since Abraham first spoke through Esther Hicks in 1984. But, the gist of the teachings appears to be that:

And, if you are interested in learning more about the Abraham Hicks programs, CDs, books, DVDs and other resources, here is the whole kit n’ caboodle in the following link.

Another explanation of the Law of Attraction: By the way, you may recognize these principles as similar to those which are also shared by others who teach the Law of Attraction, which, according to Ernest Holmes in The Science of Mind, is a “mental law.” He states, “Since we are thinking beings and cannot stop thinking, and since Creative Mind receives our thought and cannot stop creating, It must always be creating something for us. What It will make depends wholly upon what we are thinking, and what we shall attract will depend upon that on which our thoughts dwell.” (Holmes, 294) It is clear to me that everything being taught by Abraham has everything to do with learning to correctly use our conscious and subconscious minds.

NOTE: I have read this entire chapter aloud, and recorded it for you. The first section of the chapter on The Law of Attraction is featured in the YouTube video I made, below. If you want to hear all the sections from the chapter, you can simply click on the video and you’ll be brought right to the YouTube channel.

Hicks, Esther and Jerry. Ask and it is Given, Learning to Manifest Your Desires. Carlsbad, CA: Hay House, Inc. 2005, 10th printing. Print. 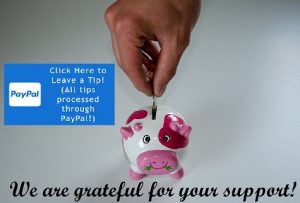